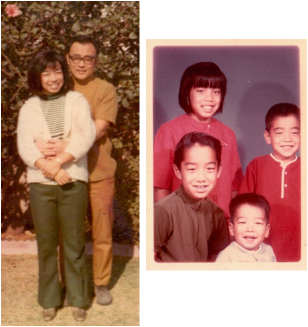 Growing up "Sansei" (3rd generation Japanese-American) in what is called South Central Los Angeles has most definitely placed a hardening agent in the foundation of my growing years.  Most importantly, the work ethic instilled by my father permeates the very core of who I am along with my brothers and sister.

During my youth, Sunday school was mandatory at the local Buddhist Church in Gardena, CA.  Saturday Japanese language school was substituted for hot dogs/hamburgers, the beach and basically just hanging out.

The church had sports teams....baseball and basketball, which I participated in.  These were held at the local Japanese-American community center.  However, I spend time more interest in the gentleman who was practicing his Karate-do strikes on the wooden Makiwara (you may need to google this one).

The experience of growing up in a 'neighborhood' of the 60's is an experience that I will never forget.  This was indeed a magical time...the Helms Bakery Truck, football in the street, 'large' candy bars during Halloween...and of course all the mischief (unknowingly being watched by all the moms). 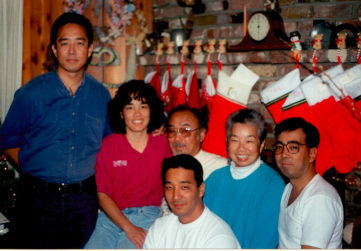 Elementary school was at 135th Street then off to Henry Clay Junior High, then Peary Junior High and finally Gardena High. That old bumper sticker "been there, done that" somewhat summarized my life in Los Angeles...and like most other human beings, I have a good mix of being proud of many accomplishments, and, feeling ashamed of past errors.

So...I moved to San Diego to help a good friend set up an organic tofu factory. Attend some college, however I enjoyed working...and still to this day, I can find a tremendous amount of joy and satisfaction in working especially when it involves the creative process and opening the doors of abundance for others.

I come from a family of hard working people.  As I mentioned, my grandparents were farmers in Los Angeles before World War II, then later became involved in the old Market City of downtown Los Angeles.  My father retired from the City of Los Angeles Department of Water and Power, my mother retired from TRW and still enjoys creating arts and crafts...making profits to pay for an annual vacation getaway with her girlfriends from elementary, jr. high and high school.

That is the general reaction I get when asked...how many children to you have?  Then I top it off with saying that I have 3 grandchildren.

Then I follow up and generally say, I am young and I feel young.  All my family keeps me young at heart and in Spirit.

By this time, we are all smiles...and everything is good.

I grew up fast in South Central Los Angeles...my old elementary school friends on Hoover Street in Los Angeles....Brian Fujimoto, Gino Quaranta, Randy Grounds and Mike Hayes...well...we definitely grew up fast, maybe too fast.  Chinatown Saturday nights at the Sing Lee theater, cruising Whittier Boulevard in East LA with the Vatos, Van Nuys and Roscoe, Southern California beaches, the Freep, the Renaissance Faire and just hanging out...that was growing up in LA...the glory and the shame...that was my LA scene.

So, with honest arrogance...perhaps I can say that nothing surprises me now.

I frequently saw rockets blast off from Vandenberg Air Force Base in Ventura California.  I guess they knew the right time to let these rockets go because they always went up around sundown.  I would climb onto the roof of the garage and just watch.  The interesting point is that these events moved me...they moved me to a state of calm.

I pursed that calm and perhaps I have been able to grasp part if its essence.  Thanks to Mexico, I have also learned too much about what is really valuable.

Thanks to Heaven, I know that I am blessed.  And the blessed within me now blesses my family and you.

Thanks for taking the time to read about a couple of facets of my life.