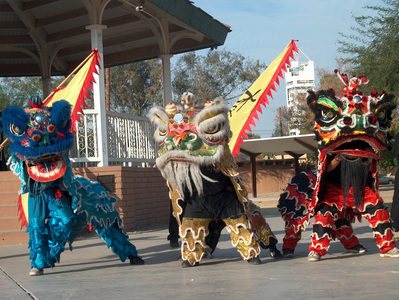 Teachings were focused within the Shaolin Kung-fu schools in Mexico, which had the direct lineage to the Shaolin Temple through the lineage of Master Ark Yuey Wong > Sifu Ralph Shun > Sifu Manuel Cisneros > Sifu Raphael Amarillas.

The primary focus of this project was to introduce the traditional arts, music and ceremony of "Lion Dancing".  The teachings were introduced to the organization, which had over 35 martial art schools located throughout Mexico in Jalisco, Chiapas, Tabasco, Baja California, Puebla, Zacatecas, Queretaro and Guanajuato.

The final results were that the schools could nourish the Virtue of Unity, to celebrate the Lunar New Year together with their immediate communities and to provide an additional income source to help sustain the expenses of their martial arts schools.  Still to this day, Lion Dancing continues throughout Mexico.